Does your money talk? 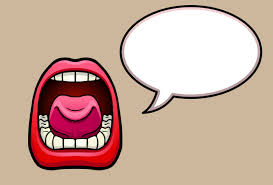 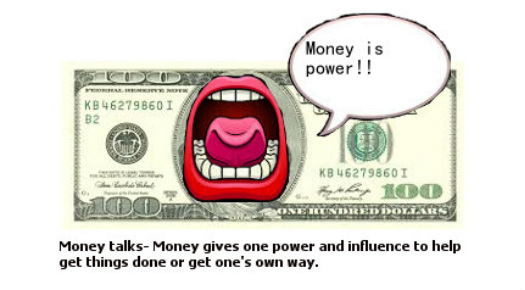 I decided to do an idiom that says "Money talks". When starting out on this project, I first got a picture of a mouth with a speech bubble which I then cropped everything else out well just keeping the lips and speech bubble. Next, I coppied the lips and pasted them onto the center of the bill covering up the head which was once there. Later I added a little statement into the bubble saying "Money is power" and then added a short description to the bottom explaining what the idiom is and what it really means. Now to explain the idiom. The idiom "Money talks" means that simply money gives power and influence to help get things done or get one's own way. This meaning that in today's world money has became sort of a necessity for everyone or mostly everyone. Today money does a lot of peoples talking for them simply because if someone has a lot of money then everyone kind of looks up to them realizing they have a lot of money, but money doesn't or shouldn't be used for power or anything like that. People should be able to talk for themselves and not have to have an object such as money do it for them.